3 guys, 1 dream… That’s where 3 Star CrossFit all began! 3 Star CrossFit is Middle TN’s newest CrossFit affiliate and we can’t wait to show you our unique twist on the sport of functional fitness that we’ve grown to love. 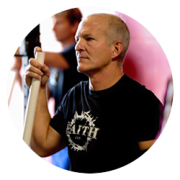 Steve Gillis, Owner and Coach
CF-L1 Trainer
Stevie G. (aka: Old Man) has a teachers heart. He has been teaching something since the age of 16 and trust us, that was a long time ago! His love for CrossFit is contagious so be forewarned– if you spend much time around Stevie G. you just might become addicted to this CrossFit stuff too! 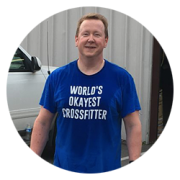 Joe Cotter, Owner and Coach
CF-L1 Trainer
Widely known for his ability to consume large quantities of both brisket and little chocolate donuts (not at the same time). Joe also has a serious passion for helping people achieve things in their life they never imagined they could do. To quote Joe, “One of the greatest things in the world is watching someone achieve something they never imagined they could do – because I know exactly what that feels like.” Joe has been CrossFitting since 2010 and freely admits to “failing repeatedly” on his personal journey to self-fulfillment and good health but takes great pride in demonstrating hard work. Lastly, he’s also credited for pioneering something called the “Circle of Fun.” 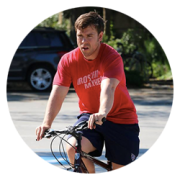 Dustin Roberson, Owner and Coach
CF-L1 Trainer
Dustin brings his incredible knowledge of movement patterns to the team. Dustin will help our members move efficiently while maintaining proper form and technique. It’s one thing to be able to instruct proper technique, but it’s quite another to actually demonstrate it!

Khristin Allen, Coach
CF-L1 Trainer, CrossFit Mobility certified, Multiple-time Regional Competitor
Are you looking for a coach who’s going to make you feel extra comfortable while you get started? Khristin is the coach for you! Khristin finished the 2017 CrossFit Games Open in 6th place in the Central East region and competed at the 2017 CrossFit Regionals! She also competed at the Central East Regionals as an individual in 2011 and on a team in 2016. Khristin has a background in dance (ballet, pointe, and tap) and she “loves that CrossFit is for everyone. If you say you can’t do something, I’ll prove you can.”

Kaley Gillis, Coach
CF-L1 Trainer, Burgener Strength Certified, Burgener Strength Seminar Coach
Although Kaley was introduced to CrossFit in 2009, she has been a regular CrossFit gym-goer since 2012. Kaley is a true believer that “if she can do it, anybody can do it!” She has a passion for sharing the many ways CrossFit has benefited her overall well-being and helped her do things she never thought was possible (like waking up to work out at 5AM). Kaley maintains high standards for form and technique, and it is her goal to help members prioritize moving correctly and moving well before advancing to more difficult movements or weights. While she considers weightlifting her strong suit, Kaley is also part of our gymnastics seminar staff and is a member of the FAITH RXD Nashville Leadership Team. 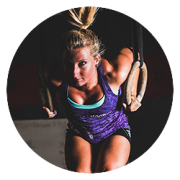 Emily Gillis, Coach
CF-L2 Trainer, Burgener Strength Certified, Burgener Strength Seminar Coach, Power Monkey Fitness Camp Intern, USA Gymnastics Coach
Life looks better upside down if you ask Emily (aka E)! E began gymnastics at the age of 5 and hasn’t left the sport since. She competed at the University of Wisconsin-Whitewater and once her competitive gymnastics career ended, she started CrossFit and was instantly hooked! Emily was the Editorial Director of Inside Gymnastics magazine for 3 years before returning to TN to manage/coach full-time at Intrigue Athletics. She’s a member of the FAITH RXD Nashville Leadership Team and

Abby Dykes, Coach
CF-L1 Trainer
Although she’s only 19, Abby has spent the past 3 years developing her love and knowledge of CrossFit. She’s enrolled as a student at Tennessee Tech and trains at CrossFit Mayhem during the school year. She’s most excited to challenge people to do things they never thought were possible. Abby specializes in not really specializing– which is the true definition of CrossFit! Whether it’s gymnastics, weightlifting, pure cardio, or grunt work, she loves it all. Competing in a few Olympic Weightlifting competitions, Abby knows what good movement looks like and what it takes to achieve it. She can’t wait to show you how to achieve it, too!